View works of this contributor

Photo (4515)
Add this contributor to my favorite 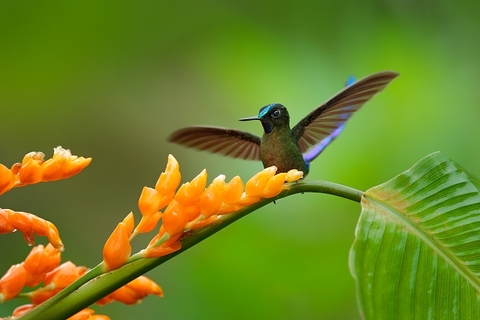 The author studied the Faculty of Science (Charles University in Prague) and the Technical University of Ostrava. Starting with journeys to active volcanoes and studies of distant national parks he gradually became a passionate wildlife photographer in 2004. Although his occupation is related to Engineering Geology, he spends up to three months each year travelling and photographing nature and wildlife themes.
In his work Ondřej mainly captures living nature. He aims to create photographs of animals and their behaviour in their home environment. During his nature discovering travels he has visited majority of continental Europe, South Atlantic, Asia and the tropical areas of Latin America, where he returns annually to photograph local animals.
In Czech Republic Ondřej avidly popularises the living nature and points out the problems associated with the expansion of wildlife photography in protected areas and national parks.
Among his clients are magazine editors and publishers, advertising agencies as well as natural park authorities. In 2006 Ondřej started a close cooperation with the Czech representation of Canon Inc. that supports him actively on his journeys. His work is regularly published in articles and he also facilitates seminars. In 2008 Ondřej became a photography lecturer for the Fotoinstitut company.
Since 2006 the author runs photographic workshops in Czech Republic as well as in the Central American tropics. He has conducted nearly 30 exhibitions of his work and one of his biggest achievements is his participation in the prestigious BBC Wildlife Photographer of the Year 2007 contest. In 2009 Ondřej joined the Association of Czech Republic’s Professional Photographers. In May 2011 the European Federation of Professional Photographers awarded Ondřej Prosický the QEP title (Qualified European Photographer) in Wildlife Photography category and in the same year in Brussels he won the FEP European Landscape Golden Camera 2011 award. Currently his last award is one of the main prizes in Czech Press Photo competition